The God Anubis in late antiquity 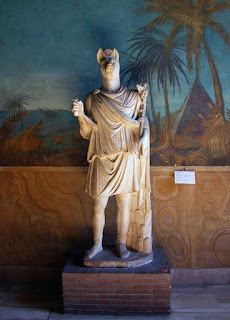 The Egyptian God Anubis developed unique traits in the Ptolemaic and Roman periods, as a result of syncretism with the Greek Hermes in his chthonic aspect. As Hermes-Anubis or Hermanubis, the God’s iconography evolved considerably within Greek and Roman adaptations of Egyptian religion, and he took on the additional role of intermediary between the living and the dead & the Gods, which extended into magical contexts.
Full text on Academia.edu
Post a Comment
Read more 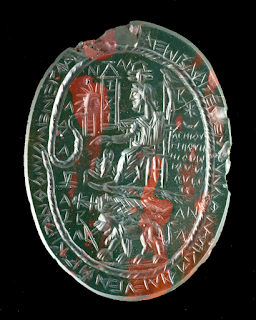 Newcomers to the PGM invariably wonder what practices they should first take up. The methodology here is based on my initial approach around 2011-2012, and I can attest to its transformative effects when done regularly & diligently. Essential, first-stage, regular practices:- The adoration to the sun God Phrê for success (PDM XIV, 475-480) - The adoration to the Lord of the Universe (Corpus Hermeticum I)- The Recitation of the Heptagram (alignment with the 7 vowels, PGM XIII, 824-835)- The Hidden Stele (PGM IV 1115)- The Secret Hymn / Hymn ofRebirth (Corpus Hermeticum XIII) - The prayer of Thanksgiving (The Perfect Discourse)At the end of this post, I included my versions of these.You can incorporate all the above into a daily regime as follows. Recite the adoration to Phrê eastward seven times right after waking up; perform the Heptagram while showering (even if you're in a confined space, simply pivot on your axis); toward midday recite the adoration to the Lord of the Unive…
1 comment
Read more 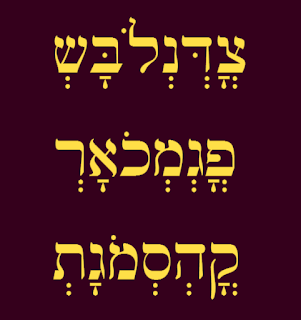 
§ DGZBNṬ (Děgězběněṭ) is an ATBaSh permutation of the second section of the 42 lettered Name (QR‘ŠṬN), and used for deliverance from plagues. § ḤSḤSYH (Ḥas-ḥasyah), is the 5th secret name of the archangel Metatron in Eliezer of Worms’ Sefer ha-ḥéšeq. It is also the name whereby Adam guarded himself against pestilence, on account of having the same numerical value as mqṭb (‘from pestilence’, 151).   § ṢBNYH (Tzabanyah) is the 70th name of Metatron from Sefer ha-ḥéšeq, and used against pestilence, its numeri…
1 comment
Read more

A database of Greco-Egyptian divine names

A database of Greco-Egyptian divine names